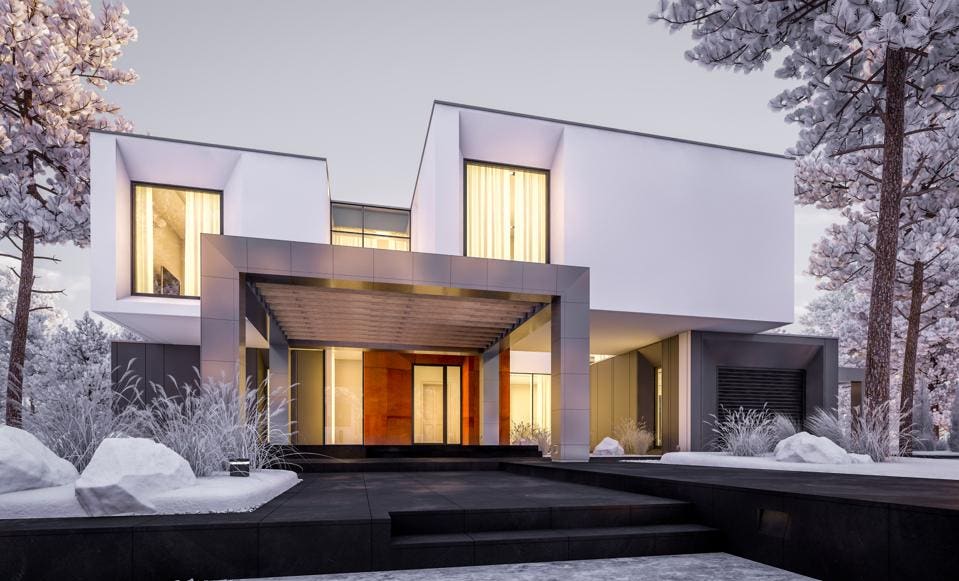 In December 2008, almost a decade ago exactly, Case-Shiller posted a record 18% price drop in home values across the country as the subprime mortgage crisis reached fever pitch.

After a slow and painful recession period, economic prosperity pushed the market out of recovery mode and into a full-fledged real estate boomcharacterized by double-digit price growth, rock-bottom inventory and surging buyer demand over the past few years. It’s been the lowest of lows, followed by a glorified golden age for the country’s trillion-dollar residential real estate business.

In the wake of these tales of two extremes, it’s hard to remember what a more neutral market even looks like. But a new normal, one that’s neither ice cold nor fiery red, does appear to be taking shape.

“There is a definite shift,” said Lawrence Yun, chief economist of the National Association of Realtors and fellow Forbes contributor. “I would characterize the current state as normalizing and not truly a buyer’s market. It was clearly a seller’s market in spring, but now things appear to be more balanced.”

The trend isn’t a seasonal holiday lull, either. My first tip-off that winds of change were brewing came from an interview with a New York City real estate agent back in June. Over the phone he told me that home prices were down in his area 5-10% from six months ago. I had to listen back through the recording and make sure I’d understood it right. But he’d made no mistake.

Sure enough, in September, a wave of 465,000 new listings came on the scene throughout the nation’s 45 largest metros, an 8% increase that marked the largest annual inventory growth spurt since 2013. At the same time residential construction data shows builders are adding a bit more inventory to the mix, with housing starts up 3.7% year over year.

Rest easy, no one’s warning of a housing bust 2.0 danger zone. The current price run-up wasn’t artificially bolstered by mortgage fraud, but rather economic fundamentals including a growing jobs market, and that thing we all learned in Economics 101: supply and demand. In fact, economists forecast that sellers will keep their foothold for another couple of years at least, though with weakened negotiating power.

Many markets are tilting back into equilibrium, but by historical standards, many continue to favor sellers and those trends will continue in 2019. High-cost, overpriced markets and those coming off of significant inventory shortages should see conditions shift more quickly, and feel more buyer-favorable than they have in recent years.

As homebuyer fatigue and affordability challenges have gathered enough momentum to shake up the seller’s gridlock in select markets, here are five trends real estate experts say you can expect to see play out in the housing market throughout the end of the year and into 2019.

The Federal Reserve has implemented four federal funds rate hikes over the course of 2018, and experts say a fourth hike is to come in December. Mortgage rates do not necessarily move in line with Federal Reserve policy, but short-term rate changes do put pressure on long-term rates like the 10-year Treasury note and mortgages.

Over the past year the monthly average 30-year fixed mortgage rate has increased by nearly a full percentage point, from 3.92% to about 4.9%.

With each step up, buyers lose a little purchasing power, but the barrier may be more psychological than financial. When I bought a house in the spring, my rate increased from 4.25% to 4.375% between pre-approval and lock-in, and it felt like a big deal.

Yet despite what seems like swift upward movement, mortgage rates remain historically low (remember the 10% averages of the early 1990s?). The difference between a 4.875% rate and the imminent 5% mark is only $20 per month on the average mortgage.

“Some people are just used to the exceptionally low rates,” said Yun. “It is an increase, but I would say by historical standards we remain at a very manageable level.”

Yun predicts the Fed will “certainly” raise the short-term interest rate three to four more times in 2019, pushing mortgages up to 5.5%.

2. Homebuyers will have more negotiating power, and sellers will need to make more compromises.

Realtor Kelli Griggs, who services the tri-county area of Sacramento, El Dorado and Placer as well as the San Francisco Bay Area, describes a time at the height of the seller’s market when there were no opportunities for buyers to even make repair requests.

Griggs recalls when sellers would have a 65-page long list of things wrong with their home, or $23,000 worth of foundational issues, and then market it as an “as-is” sale with no trouble.

Lawrence echoes: “Buyers are getting some relief. Before they had to pretty much pay for everything—the home inspection, the closing costs, but now with the market shifting, buyers are in a much better position to ask sellers to cover some of the costs and maybe even request repairs before closing.”

3. As price gains slow, home values will still appreciate at a 2-3% clip.

In recent years, sellers have enjoyed booming annual price gains in the 5-8% range across the nation, with the hottest markets like San Jose, California and Seattle seeing 11-12% yearly increases.

“Those days are over,” said Yun.

The market’s not currently at risk of any extreme or sudden price drops, and homeowners will generally continue to enjoy moderate price appreciation for the foreseeable future, but at a much slower pace.

Yun says to expect yearly price growth to settle around 2-3%, “with some neighborhoods actually seeing price declines, especially on the upper end of the market.”

4. Markets will cool faster or slower depending on local conditions and tax burdens.

Real estate is local, so anytime there’s a market shift, it will manifest differently region by region, state by state and even within metros and individual neighborhoods.

States with higher property taxes such as New York, New Jersey, Connecticut and Illinois were hit harder by the 2017 tax reform package that capped the mortgage interest deduction at $750,000 (down from $1 million) and placed limits on state and local deductions, and the effects of that are starting to materialize.

In addition, cities that experienced an extreme price run-up in a short span of time, like Seattle, San Jose and even Austin, Texas, will be more prone to a market correction, as opposed to some Southern cities such as Atlanta, Nashville and Orlando, which have appreciated at a more tempered pace.

“Those markets that are seeing some downturn and correction—it’s because they have gone up so high in the last 6 years,” says Jack McCabe, owner of McCabe Research & Consulting, a real estate and economic advisory and consulting firm.

Expect to see a continued disparity between lower-end and moderately priced homes compared to the luxury sector. While the higher-end of the market is noticeably softening, Yun says that as job creation adds a new pool of potential first-time buyers, there’s still strong demand for entry-level housing.

Nevertheless, we’re seeing a slowdown in existing-home sales—completed transactions across the single family, townhome, condo and co-op market declined 3.4% in September over August, and were down 4.1% year over year.

Part of this is because affordability continues to be a challenge with home price growth outpacing wage increases. McCabe explains: “We’ve reached a level of unaffordability in certain markets and prices have shot up far above what household incomes have gained in the same time period.”

However, the deceleration in sales may only be temporary.

“While rising costs to buy and a lack of affordable options for the mainstream buyer will limit overall sales in the short term, the demand outlook is bright and powered by a large, growing demographic, with the highest number of millennials entering their home buying years in the next 5 years,” said Vivas.

You can read the original piece here:

What Sellers Are Saying…

“Thank you for sending your letter. I didn’t know what I was going to do with this house since it wasn’t in any condition to list with a realtor.”

“Thanks for buying my Mother’s home. It was a big help that you were able to buy it without us having to clean it out and get it ready to sell. My mother had accumulated lots of stuff and after the stress of her long illness I was exhausted and I dreaded dealing with all of it. I also liked it that you gave me a very fair price for the home. I’m on a fixed income and that really helped a lot.”

“Thank you for making it simple to sell my parent’s home. Words can’t express how emotional it was having to sell the house I grew up in. Thank you for being patient with my sister and me, for making the process simple, and for making us a decent offer instead of lowballing us like a lot of the other people that sent us letters did. You helped make the best out of a really horrible experience without the high pressure that some of the other buyers put on us.”

“Dennis – thank you for helping us with our Mom’s home. This was a very traumatic experience for us, and we appreciated your patience with all the emotions we experienced during the process. You were really patient and understanding with us during the sale process, and we’re sure that Mom’s home will be in good hands. God Bless.”

“Mr. Fassett – thank you for working with us to buy my Mom’s home after she passed away. When you mentioned that you would give us an offer within 24 hours and then close quickly I didn’t really believe that we would have the house sold in only 2 weeks. I’m glad I found you.”

“Thanks for buying my Mom’s house. I didn’t know what to do after three real estate agents told me they wouldn’t list it in the condition it was in. I appreciate you being flexible with me and giving me time to remove the pictures and other valuables that my Mom had. Thanks also for not pressuring me to sell like some of the other guys that sent letters. The process was stressful enough without being pressured to sign a contract.”